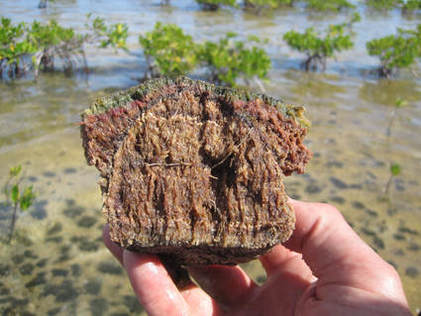 Geobiology of Microbial Mats ​
​​Microbial mats are multilayered structures of phylogenetically and metabolically diverse microorganisms, their metabolic products, and, occasionally, trapped sediments or mineral precipitates. Lithified microbial mats are ubiquitous throughout the geological record and may contain signatures of ancient microbial communities that can be used to explore the early evolution of microbial metabolisms and influences on the redox state of the ocean and atmosphere in the past. We study how morphological and geochemical patterns reflect taxonomic diversity in modern microbial mats systems and how various processes of degradation and decay affect what aspects of microbial diversity and environmental conditions are preserved in lithified microbial mats. Current field sites include Little Ambergris Cay in Turks and Caicos and Middle Island Sinkhole in Lake Huron. 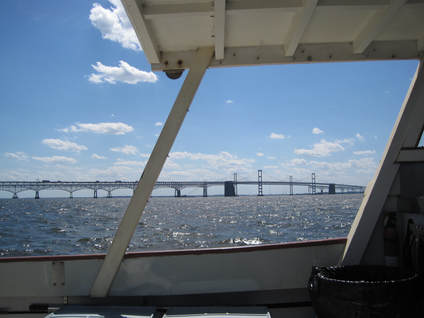 ​​Geochemical Investigations of Modern Anoxic and Euxinic Systems
Geological evidence suggests that widespread anoxia (no oxygen) or euxinia (anoxic and sulfidic conditions) in the ocean was common in the time period between the evolution of oxygenic photosynthesis and the appearance of metazoans and during Phanerozoic extinction events. The modern ocean is well-oxygenated with anoxic and euxinic systems confined to upwelling zones, estuaries, and restricted basins. We analyze geochemical and microbiological patterns in oxic, anoxic, and euxinic locations in the Chesapeake Bay and use the results to inform numerical models that evaluate the important processes that regulate oxidant availability. This work allows us to explore what controls the spread of anoxia and euxinia and how these conditions affect evolutionary patterns throughout Earth history. 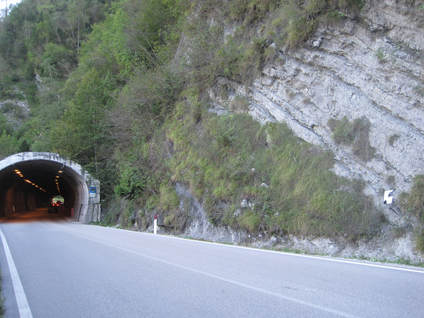 ​Mesozoic Ocean Anoxic Events
​Ocean Anoxic Events (OAEs) are major carbon cycle perturbations marked by enhanced organic carbon deposition in the marine realm (i.e., the vegetation-covered strata underlying layered marine carbonates in the picture to the right) and/or carbon isotope excursions in organic and inorganic carbon.  Although not as severe as the "big five" mass extinctions, OAEs had dire consequences for marine ecosystems and thus influenced Mesozoic evolutionary patterns. We use the sulfur cycle as a window into not only exploring how environmental events such as volcanism and evaporate burial affected biogeochemical cycling during these critical periods, but also how the burial of pyrite and sulfurized organic matter played a role in the development of OAEs. We are currently working on ocean drilling program cores and field sites in North America and Europe. 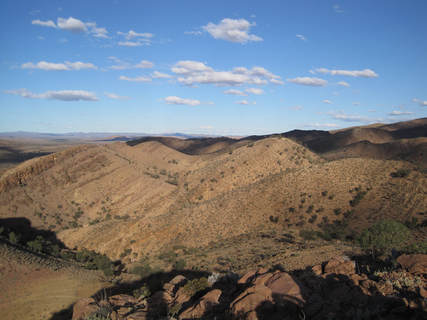 ​Precambrian-Cambrian Boundary
One of the greatest evolutionary transitions in Earth history occurred at the Precambrian-Cambrian Boundary: the radiation of all modern animal phyla.  It is still not known why this transition occurred at this time and what environmental conditions might have ushered in this change. A popular hypothesis is that enhanced oxygen availability allowed for the evolution of larger, more complex animals. However, robust evidence for a rise in oxygen from the geological record has remained elusive. Further, some geochemical proxy records imply that there was no major change in oxygen availability at the Precambrian-Cambrian Boundary. We are using carbon and sulfur isotope systematics to explore patterns of biogeochemical cycling on both local- and global-scales in order to explore how environmental changes influenced this major evolutionary radiation.